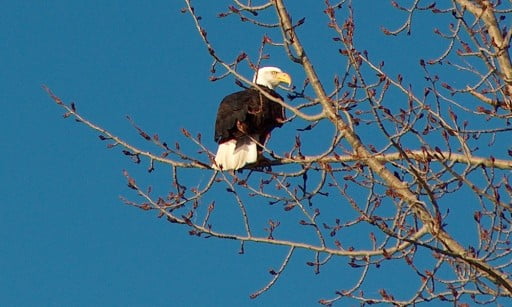 The City of Chiloquin is located in South Central Oregon, about 30 miles north of Klamath Falls. While the city boasts a population in the 700’s, the Chiloquin area covers a large outlying area where some 3000 more residents live.

Chiloquin, at an altitude of 4178 feet, is nestled in a small valley surrounded by mountains. The Williamson and Sprague rivers run through it. Located on the east side of the Cascade Range, Chiloquin has a high desert climate with an average rainfall of 12 inches per year. Snow can fall anytime between October and June, though it is not usually a deep snowpack that forms. Winter night time temperatures can drop to -30F, but usually the days hover between 15 and 40 degrees. In summer, the days rarely exceed 90 degrees, and most nights drop into the 40’s and 50’s. It’s a cool, sunny place.

Wildlife is abundant and the wetlands 3 miles west of the city are a major stopping point for many migratory birds. In fact the region is a boating, hiking, birding, fishing, hunting, camping and snow sports paradise.