The Klamath Tribes, formerly known as the Klamath Indian Tribe of Oregon, are now a confederation of three Native American tribes who traditionally inhabited Southern Oregon and Northern California: the Klamath, Modoc, and Yahooskin. Tribal government is based in Chiloquin, Oregon.

The Klamath Tribes signed their Treaty with the US in 1864 and members of the Tribes were moved (sometimes forcibly) to the Klamath Reservation. At the time there was tension between the Klamath and Modoc, and a small band of Modoc led by Captain Jack and with only 52 warriors among them, left the reservation to return to Northern California. There they occupied defensive positions in the lava beds near Tule Lake, and for months those few warriors waged a guerilla war against United States Army forces sent against them during the Modoc War (1872–73). In April 1873 General Canby was killed, more reinforcements arrived, more fighting ensued until some of the Modoc surrendered and the rest were captured. Captain Jack and three warriors were executed and two others sentenced for life imprisonment. The remaining Modoc were sent to Indian Territory, where they were held as prisoners of war until 1909. Some then returned to the Klamath Reservation, but most (and their descendants) stayed in what was then the state of Oklahoma.

By signing the Treaty of 1864, the Klamath tribe ceded 20 million acres of land but retained 2 million acres and the rights to fish, hunt, trap, and gather from the lands and waters as they have traditionally done for centuries.

By 1873, tribal members were selling lumber and with the arrival of the railroad in 1911, reservation timber became extremely valuable. The economy of Klamath County was sustained by it for decades. By the 1950’s the Klamath Tribes were one of the wealthiest Tribes in the United States. Tragically, as part of an effort at assimilation of American Indians judged ready to be part of mainstream culture, in 1954 the US Congress terminated the Klamath Tribes, but stated in the Klamath Termination Act, that nothing in the act shall abrogate any water rights of the tribe and its members… nothing in the act shall abrogate any fishing rights or privileges that the tribes enjoyed under Federal treaty. In the course of termination the Klamath Tribes lost their land and tribal status. 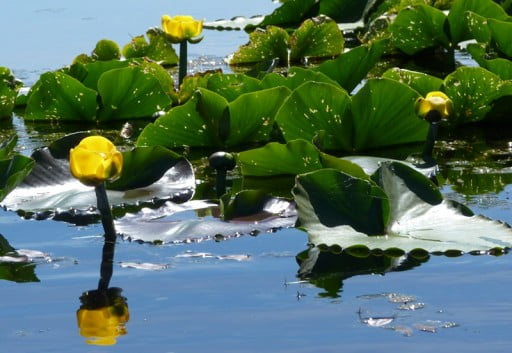 In 1974 the Federal Court ruled that the Tribes had retained their Treaty Rights to hunt, fish and gather, and to be consulted in land management decisions when those decisions affected Treaty Rights. The states of California and Oregon have both tried to challenge Klamath water rights, but have been rebuffed. Local farmers tried unsuccessfully to claim water rights in 2001, but these cases were decided in favor of the Department of Interior’s right to give precedence to tribal fishing in its management of water flows and rights in the Klamath Basin. In 2002 U.S. District Court ruled that the Klamath Tribes’ right to water preceded that of non-tribal irrigators, in a case originally filed in 1975. In spring 2013, a Klamath Falls judge denied a request to stop the state of Oregon from shutting off irrigation water in the upper Klamath Basin. That leaves intact a state decision recognizing the senior water rights of the Klamath Tribes. As years of drought take their toll, the severe lack of water is finally forcing disparate groups of water users to the negotiating table.

By 1986, the Klamath Tribes were successful in regaining restoration of Federal recognition for the Tribes. Although the land base was not returned, the Tribes were directed to compose a plan to regain economic self-sufficiency. After a lengthy analysis process it was decided that the Tribes would construct a casino. In 1997, the doors were opened to the first enterprise in 45 years since termination… Kla-Mo-Ya Casino, which is now the second largest tourist attraction in Klamath County, with approximately 300,000 visitors each year- second only to Crater Lake National Park. Restoration is celebrated each August with a ‘Restoration PowWow’, held in Chiloquin. 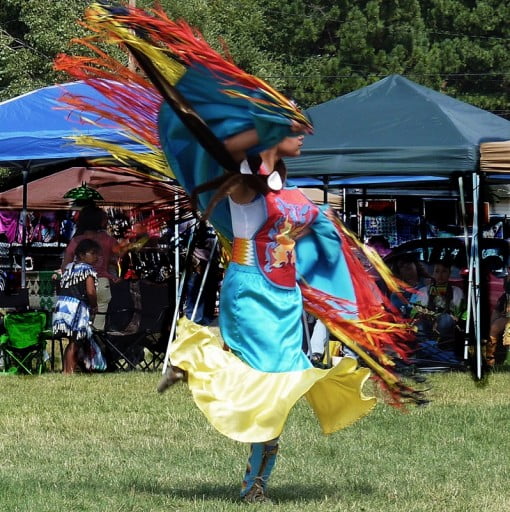